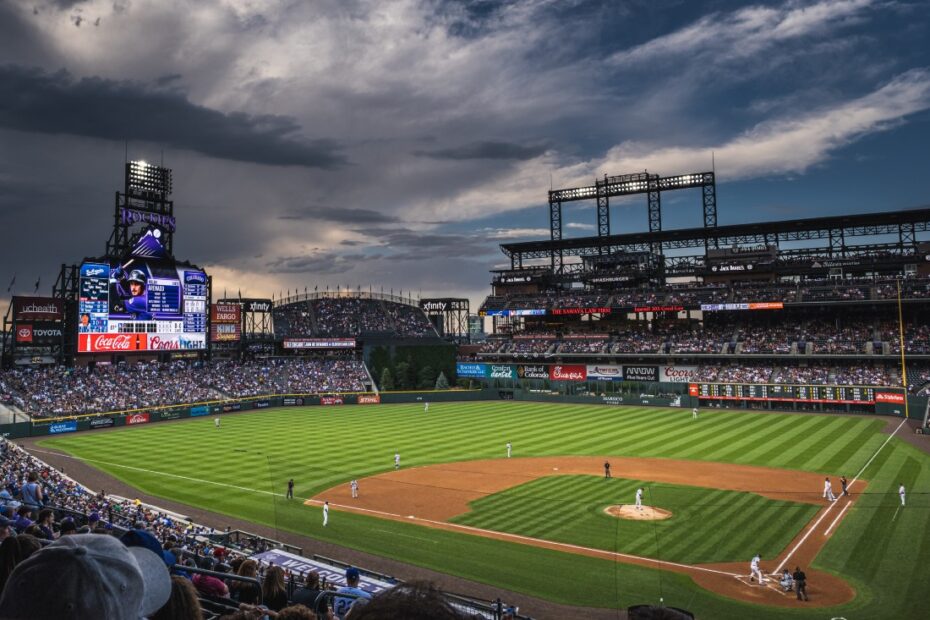 The Importance of Spending Money

Teams like the A’s and the Tampa Bay Rays have been incredibly efficient with their money and have maximized their low payroll in many different recent seasons. However, even the A’s and the Rays have a difficult time to make consistent noise in the post season.

However, this isn’t always the case. Spending money can also be a huge problem for a team as well. Having a large contract on your payroll for a player that is playing poorly could be one of the biggest mistakes that teams can make. Winning championships requires 2 things: Developing players through your system and finding players who outperform their contracts.

The first analysis I did to determine a player’s success during their contract was World Series rings. Baseball is obviously a team sport and there is only so much that 1 player can do to help a team win championship. However, this article and analysis is more from the team perspective, rather than from a player perspective. For example, if a team signs a player to a $200 million contract over 6 year, the team should at least win 1 World Series during those 6 years. That’s ultimately the goal for each team, right?

The second analysis I did to determine a player’s success during their contract was that I calculated their average WAR every year that they were under that “big” contract. WAR stands for wins above replacement. Fangraphs.com says this about WAR, “If this player got injured and their team had to replace them with a freely available minor leaguer or a from their bench, how much value would the team be losing?” Simply put, how much value does a player have compared to an average major league or regular minor leaguer.

Fangraphs.com admits that WAR is not a perfect stat, simply an estimate of their value to date. Position player WAR and a pitchers WAR use different calculations to analyze a player’s value to their given team. “WAR is a simple attempt to combine a player’s total contribution into a single value” (Fangraphs.com).

The chart below is the grading criteria for WAR. 0 is considered terrible. And over a 6 is considering excellent.

**Not every player has completed their contract, but this analysis has counted each season up until the end of the 2019 season. For example, Mike Trout still has many years left on his contract, but I included each of his years up until this point.

**If a player gets injured or retires before his contract if over, I have included those years as part of their WAR for that season even though they did not play in that particular season. That’s the risk every team takes when they sign players for large amounts of money.

**The top 75 biggest contracts is the total amount of money in a contract. Not money per year.

If you keep scrolling, you can see the raw results order from highest contract to lowest contract. In this section, I want to talk about the results and determine whether high contracts for a single player is worth the risk. Here are 5 things that I took out of this analysis of the 75 biggest contracts in baseball.

1.) There are over 400 total years of these players under contract. In those years, only 21 World Series have been won. This means the 75 biggest contracts in baseball only ended up winning the World Series about 5% of the time while they were under these contracts.

2.) The average WAR of all these 75 players combined is a drowsy 2.91. According to the chart above, these “superstar” players are playing equivalent to a solid/average starter and worse than a good player.

3.) 13 out of the 75 players had a WAR of less than 1, which is considered a scrub/very bad player. The average amount that these 13 players got paid during these contracts was around $150 million per player. This means 13 different teams (or some from the same team) spent $150 million on a “scrub.”

4.) If you remove Mike Trout, Max Scherzer, and 2001–2008 Alex Rodriguez from the list, the average WAR of the other remaining players falls down to 2.5. The is almost at the below average/role player category.

I was listening to Colin Cowherd on The Herd the other day as he was talking about Patrick Mahomes’ new contract. He said, “Paying NFL star quarterbacks is almost ALWAYS worth the money. Even guys like Matthew Stafford and Matt Ryan are worth the money and are very difficult to replace. However, I cannot think of a time when a huge MLB contract was worth the money.” And he was exactly right. Paying a premium price for a premium player in the MLB is almost never worth the money.

Teams should absolutely spend money in their quest for a World Series ring. However, giving large amounts of money over a fairly long amount of time to individual players almost never pays off. Almost never. Some exceptions might apply to guys like Mike Trout and maybe an ACE starting pitcher (like Max Scherzer or Jacob DeGrom), but that’s it.

It’s trying to find the 2019 version of Juan Soto, Victor Robles, Howie Kendrick, Kurt Suzuki, and Trae Turner. Each of these players made very little money but contributed in big ways to helping the Nationals win the 2019 World Series. Yes, they paid money for Scherzer (which they should have), Strasburg, and Rendon, but that World Series is not even close to possible without the help of the 5–7 players who substantially outperformed their contracts.

In basketball, having superstar players is the only way to win a championship. However, in baseball, that’s simply not the case. What wins championships in the MLB is developing players through their system and finding players who outperform their contracts.

Thank you for reading this article. For any questions or comments you can reach me at: