“Pace and Space” Effect in MLB 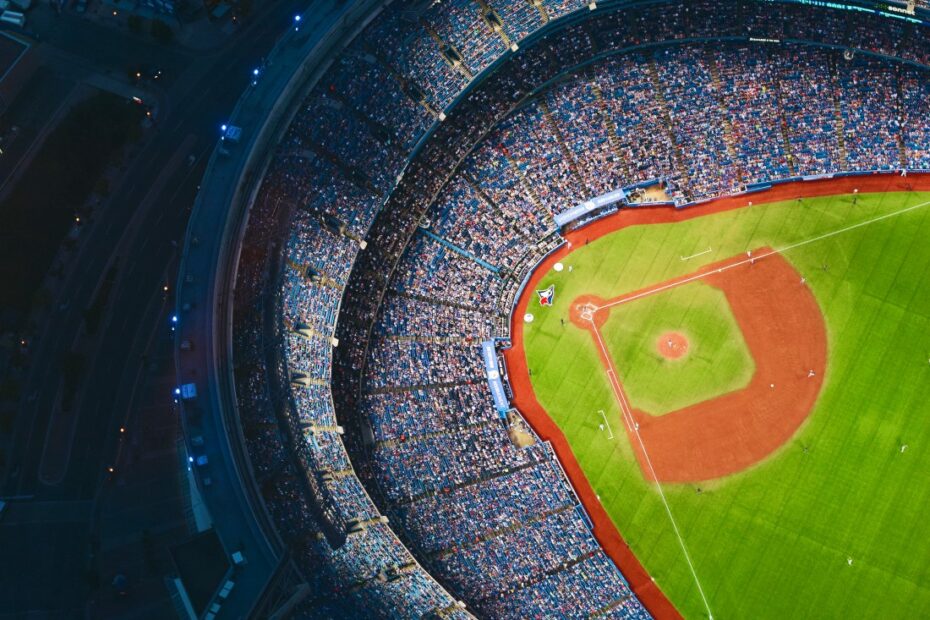 The way sports teams are built have changed, the way players are playing have changed, the way coaches’ coach have changed, and the way that fans are viewing sports have changed. Sports are not the same as it was 50 years ago, or even 20 years ago. Teams are trying to get any and every competitive edge that they can get to separate themselves from the pack. Teams are starting to use the field/court in a more efficient way, teams are spending money in a more efficient way, and teams have embraced the importance of analytics.

What is the “Pace and Space” effect? Pace and Space effect is the competitive advantage that every team is focusing on in every sport. NBA teams are increasing the volume of 3-point shots, removing big men who can’t shoot, taking away the midrange jump-shot, and having small ball lineups. NFL teams are spreading out their offenses more, finding more speed on the outside, running the football less, and using mobile quarterbacks to use the field in a more efficient way. MLB teams are increasing the volume of shifts on defense, finding the hardest throwing pitchers in the world, throwing more off-speed pitches, and hitters are trying to hit the ball into the air more often.

4 ways that show how the MLB is evolving into a pace and space league:

In order for MLB to catch the attention spans of teenagers and young adults, they need to improve the pace of play. The average MLB game is over 3 hours long and it consists of 162 games per year, not including post season. MLB needs to provide more exciting action in less time per game. There are some people out there who say, “Pace of play is not a problem. Look at the NFL. They play over 3-hour games as well and they do a great job getting fans entertained.” While both sports play over 3-hour games, the NFL plays once a weekend and only has 16 games per season. The MLB has 3-hour games but plays 162 games per season. Obviously, this is impossible, but imagine the NFL playing 162 games per year and each game lasting 3 hours each. Yeah, the NFL would lose fans interest real quick.

The MLB have already implemented some rules over the last few years to try to improve this pace of play. In 2015, MLB installed timers in stadiums to measure break time between innings and they required hitters to keep one foot in the box during their time at-bat. In 2016, MLB began limiting mound visits to 30 seconds when the coach walks out of the dugout and is granted time by the umpires. In 2019, MLB limited mound visits to only 5 per team. All these rules did absolutely nothing to help pace of play. The average time per game has stayed the exact same since the first pace of play rule was established in 2015.

The MLB obviously recognizes that the pace of play hasn’t gotten better, so they decided to make more rule changes for the 2020 season. In the beginning of 2020, MLB implemented a 3-batter minimum rule for all pitchers. This will reduce the amount of pitching changes. MLB also reduced the 30 second time rule for coaches to challenge a play down to 20 seconds. Hopefully these two rule changes can be the start of increasing pace of play.

Here are some of my own ideas (which I will elaborate on in later posts) of how MLB can increase pace of play:

1.) Eliminate Mound Visits. Mound visits are for 12-year old’s who have just walked 5 batters in a row. These are MLB pitchers. They will be just fine without their pitching coach giving them advice mid game.

2.) Implement a DH in the NL. Why are pitchers hitting? It’s like the NFL forcing teams to put their kicker in at quarterback for 3 possessions every game. Pitchers are hitting about .110 every year. People want offense, people want runs, and people definitely do not want 3 pinch hitters per game.

3.) Streamline Instant Reply. It’s 2020. Replay should take 15–20 seconds max. Fans at home know what the right call within 15–20 seconds. Umpires should too. Require every game to have one designated umpire replay crew.

4.) Limit Foul Balls. In 2017, there were more foul balls than balls hit in play. And every year since then, it’s continuing to trend upwards. The 2018 season had 13,500 more foul balls than the 1998 season (Baseball-Reference.com). Less pitches per game = less time for each game.

Just like the NFL and the NBA, the MLB is working on increase the pace of play, which in turn will better entertain the fans.

With the increase in analytics, there has been an increase in the shift. Why? To space the field more efficiently and take away the areas on the field where the hitter likes to hit the ball. Just like the other sports, MLB is starting to understand the importance in spacing the field. They want to maximize every inch of the game to get the best results possible. As former Cubs manager, Joe Maddon says, “Put the best defenders where the ball is most likely to go.”

The shift is going to continue to go in this direction, especially with all the data that MLB teams now have at their disposal. They understand hitters trends, they understand where hitters like to hit the ball, and they understand what pitches hitters like to hit. The question is… Is the shift working? The answer is yes, if you use it wisely. According to Baseball Info Solutions, in 2018, the Tigers infield combined for -14 runs saved in non-shift situations, but 31 in shift situations. The Yankees infield combined for -40 runs saved in non-shifts and 20 runs saved in shifts. The Red Sox was at -60 runs saved, but they had 16 runs saved in shifts. Seven teams saved at least 20 runs with the shift this season. Only three did that in 2017. Lastly, 5 of the top 7 teams in shift usage won over 90 games that season (2018).

Below is a chart highlighting runs saved per 100 shifts over the last few years.

3.) Pitchers are Spacing Out The Strike Zone by Throwing Less Strikes and Better Balls

Pitchers are also using and understand the value of spacing. They are throwing more off-speed pitches than ever before, they are throwing harder fastballs than ever before, and they are expanding the strike zone better than ever before. Spacing the zone allows for pitchers to create more swings and misses. According to BaseballSavant.com, in 2002, 55% of all pitches were thrown for strikes. In 2019, a record-low 42% of all pitches were thrown for strikes. And pitchers want to actually get that rate to be lower.

Why is throwing less strikes a good thing for pitchers? 1.) They have faster fastball velocities than ever before. 2.) They have faster off-speed pitches than ever before. 3.) Hitters prioritizing home runs (which they should), over simply putting the ball in play. Batters are seeing close to 4 pitches per plate appearance last season. That is an insane number and one of the reasons why baseball’s pace of play has been so poor. Pitchers are prioritizing strikeouts. Hitters are prioritizing home runs. Neither of them are wrong.

Analytics have created pitchers to create faster velocities, high spin rates, and more movement on their pitches. 90 MPH is the new 85 MPH. 95 MPH pitchers are no longer rare. They are the new norm. The average fastball velocity in 2019 was 93 MPH. Guys like Jacob DeGrom are throwing 93 MPH sliders. Guys like Jordan Hicks are throwing 101 MPH sinkers.

Pitchers have the ability to throw any pitch at any count which is why they have so much more confidence in spacing the strike zone.

4.) Hitters are Focused on Hitting the Ball in the Air

What’s the best way to beat the shift? Hit it over the shift. How’s the defensive spacing affecting hitters? Developing swings to create success no matter what defensive positioning the other team is playing in. Teams and hitters (finally) are understanding the value of launch angle and hitting the ball in the air. They are using every inch of the ballpark to their advantage.

Ted Williams understood the physics of hitting and took full advantage it. In his book, “The Science of Hitting,” he explains it like this, “You do not swing level. You swing up because the pitch is being thrown at a downward angle. By swinging up, your bat is in the ball’s flight path.” This should be self-explanatory. Ted Williams isn’t saying to hit baseballs 30 miles straight up in the air. He is stressing the importance of hitting long, deep fly balls that have carry to them.

Last year, MLB broke the record for most home runs hit in a season. They beat the record by hitting around 500 more home runs than the previous record. 2019’s MLB season hit over 1,000 more home runs than the 2018’s season. Baseballs are getting hit harder, higher, and faster than ever before. As third baseman, Josh Donaldson says, “If you’re 10 years old and your coach says to get on top of the ball, tell them no. In the big leagues, ground balls are outs. They don’t pay you for ground balls. They pay you for doubles, home runs, and [creating runs.]”

Thank you for reading this article. For any questions, complaints, or comments you can reach me at: